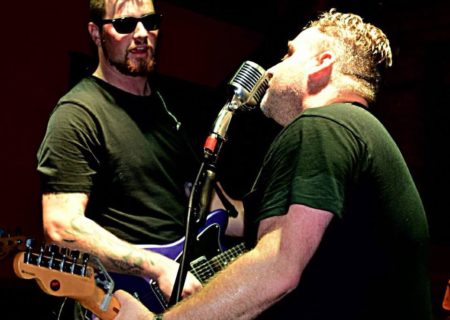 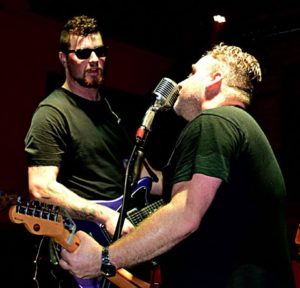 Jimmy has been rocking the North Coast of Ohio, Southern Michigan and the Lake Erie islands for almost two decades in several different bands. Some of the other lineups Jimmy has played with include- Sumrada, Crush 11, The Remedy, and an earlier version of the Jimmie Jack Band. Over the years he has played hundreds of solo acoustic shows too. Besides the band, he also plays acoustic duo shows with Katy Namen-Helms where you can hear a little softer side of his musical tastes. No doubt, he’s belting it out like usual and there is always some old school alternative rock tunes still hitting the acoustic set lists.
This new incarnation of The Jimmy Jack Band is where you can see all of his experience and skills come together to highlight the energy, passion and sweetness he’s known for bringing to every performance. To know him is to understand just how serious he is about his craft and his constant pursuit of perfection. With two original discs to his credit including “Call It Like It Is” and “Three Kords and a Kloud Of Dust”, he is currently writing and producing another compilation of original material to be released in late 2014. Jimmy’s whiskey and cigarette covered vocals combined with his arsenal of different guitar tones and charismatic stage presence are not to be missed.

You have got to see him live to appreciate all that he brings to the table. Check him out for yourself………you will not be disappointed!